The inaugural Blackball Writer’s residency received thirty five applications from across New Zealand. The residency, funded by Creative NZ, allows a writer to receive a small stipend and to spend four weeks in a miner’s cottage generously provided by West Coast historian, Brian Wood. The project was required to have a Coast reference, be of a working class or activist nature or look into a progressive future.

Given the kaupapa, we were surprised to receive this number of applications, with some from New Zealand’s senior writers. It was difficult to select one from many excellent projects.’

Selection criteria covered the strength of the project, its viability (likely to be completed and published), the attractiveness of a writing sample submitted and its alignment with the character of the residency. The initial judging resulted in a short list of Peter Clayworth, Stevan Eldred-Grigg, Mandy Hager, Becky Manawatu and Pat White.

After much discussion the panel chose Christchurch writer and historian, Stevan Eldrid-Grigg. His project is to write the final draft of a memoir called Grey Green Rain based on the first six years of his life, which were spent in Blackball.  He wrote in his application:  “My parents, with my three older siblings, moved to Blackball in the spring of 1952. My father was a public servant and had taken a job in the Mines Department, running the little office at the corner of Harper and Hilton Streets. My mother was a former shoe factory machinist; she and her sisters and their mother were my sources for my novel Oracles and Miracles. I was born a few weeks after our arrival in Blackball. We lived in a rented Mines Department cottage in Brodie Street, and afterwards in Harper Street. I spent the first six years of my life in Blackball before our family shifted back over the hill to Canterbury. Blackball, the Grey Valley and more broadly the West Coast have been something like a lost green dreamland in my imaginative world. All through my writing life I’ve been aware of a tension between ‘Blackball’ and ‘Canterbury’ ways of seeing the world. Blackball stands in my mind for the green, the wet, the warm, the homely, the motley, the welcoming, the kindly, the supple, the deep, the mysterious. Canterbury, by contrast, stands for the dry, the linear, the cold, the orderly, the colourless, the distancing, the logical, the superficial. Canterbury ways and Blackball ways of seeing and thinking and feeling have always nagged or fought or made love with one another in my books.”

These books include four novels and eleven history books of which The Southern Gentry and Diggers, Hatters and Whores would be best known.

The sample submitted shows that the memoir will be being something of a sociological study from a child’s point of view. To complete this project in situ was an attractive proposition for all concerned and will add to the local understanding of the broader literary tradition of the Coast that the Bathhouse  Co-op, a subsidiary of Te Puawai Co-op is fostering with its Readers and Writers Festival, its Writers Retreat and now the residency.

While resident, Stevan will give a public talk in each of the town centres on the Coast, hold a writing workshop with a selected group of school students and give a final reading from his memoir at a Blackball pub.

As a taster he has given permission for us to publish this short extract:

“School is alright. The classrooms are in a long yellow building in a big park with lots of trees all around it and it’s just down the road from Brodie Street. The classrooms are big and brown and they’ve got big wide high windows all along one of the walls so you can look out and see the grass and the trees and the birds and the bush on the hills and the clouds in the sky. At the front of my classroom there’s a big long blackboard where my teacher writes with chalk. The blackboard isn’t really black. It’s green. So people should say greenboard. Mrs Driscoll, who’s my teacher, she looks at our fingernails at the startof each day.

‘Good, Billy,’ she says, walking along and looking. ‘A bit slipshod, Heather.’

Mrs Driscoll’s got a sort of squashed head like a bulldog but she’s not scary like a bulldog. Her face is soft and pink and powdery. And her hair is fair and all wavy. And shewears jewels in her ears. Pink jewels. Or glossy black jewels. So she must be rich. She looks at some more fingernails.

Given the demand, the Co-op will seek funding for further residencies and approach some local stakeholders. ‘For the Coast to become something of a mecca for writers with progressive agendas should surely be encouraged. What an amazing piece of branding that would be. 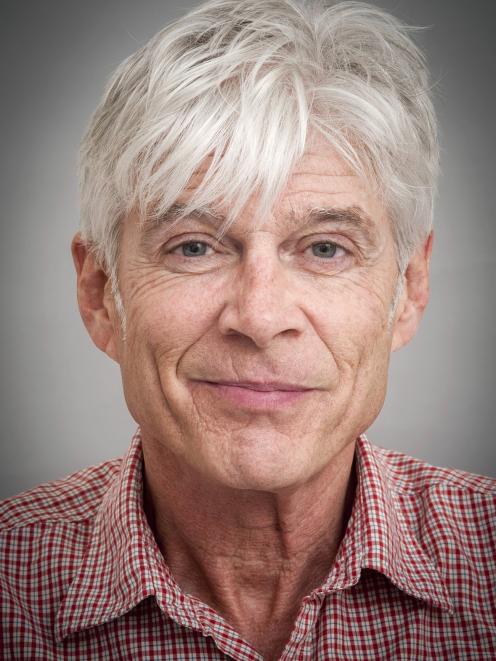 Playwright, writer and cultural activist living in Blackball on the West Coast of the South Island of New Zealand. View all posts by taipoutiniblog